VAS has given a lot of things to me in the past 9 years. All those values had been invaluable throughout my student life. For instance, when I was younger, I was really shy. I simply couldn’t speak to anybody and join any competitions because I was afraid that something bad was going to happen. However, as I grew older, I saw more experienced students giving fantastic presentations and the miraculous praise that followed them. I admired them a lot, so I decided to change my ideals and join more social activities. I began to do more presentations, and my teachers gave me advice that would further improve my skills. I talked a bit more openly, and to my surprise, my friends were really supportive. VAS gave me a lot more confidence, and I was very grateful. 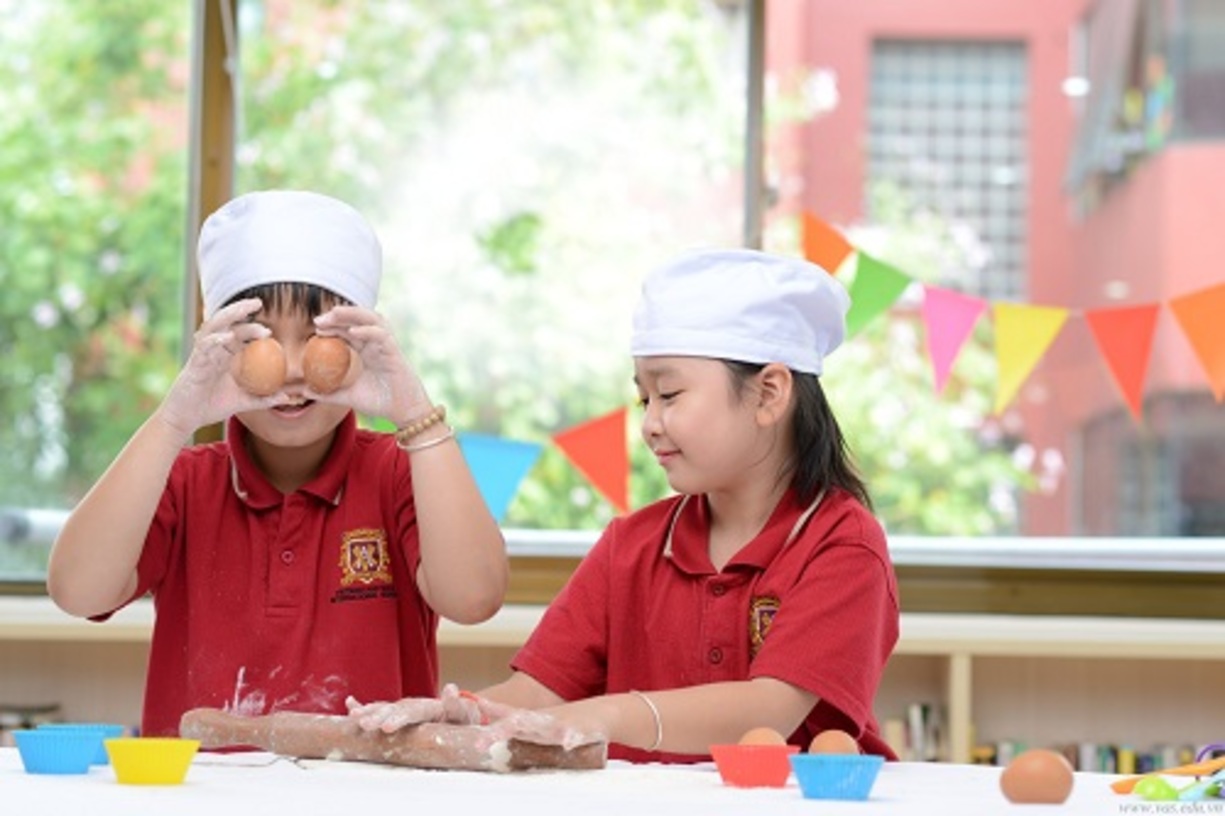 Someone shouted out to me. Apparently, I was in some kind of trance, thinking about the school. It was the end of May, 2015. I was standing behind the basketball court, with the harsh sunlight pouring over my head. Just when I recovered from my little daydream, I searched in the direction of the voice. My homeroom teacher was walking towards me from the building. As she came closer, she asked, “Why the long face?”. “What? I’m normal”, I replied. “Well, you looked sad”, she continued. “I’m fine”, I insisted. “Well, OK. I’m just gonna leave you alone.”

I nodded gently. She was a great homeroom teacher. She was pretty much the reason I got 2 championship titles in the School’s eloquence contest and research contest and 1 third place in the city’s TOEFL contest this year. She encouraged me to participate into competitions, to show what VAS at Sunrise was made of. She helped me find what I love doing, presenting. She allowed me to do what I wanted and how I liked it. She helped me enhance my presentation skills and go extra miles. I hoped more students would get to be her students and reach their full potential.

I walked to the back of the school. A banner about a school’s mascots, which wasn’t exactly my taste, had been put there. I wish I could just feel terrible about the banner, but a lot of effort might have been put into for this confusing banner, so I respected it. VAS had taught me respect. When I made something and it turned out pretty ugly, my classmates and teachers didn’t just take it and show it to other people. Instead, they encouraged me to improve and I did. They taught me that even though something might turn out to be terrible, the person or people who made it might have put their heart into it, therefore I should acknowledge the effort and support them. Without this, I would have been a pretty unpleasant person.

I walked towards the playground. Someone was standing there with the toys. It was our class rep. She looked at me, smiling and waving. I waved back, and she continued to return to do whatever she was doing. She had shown me how teamwork can change everything. Once, I was trying to make a group presentation on my own. I was really stressed out, as it was very long and complicated. I assigned other members of my team to present, so I had to be responsible for the presentation. I was in my room and the clock struck 10pm. As I began to lose hope of completion, Chi messaged my Facebook. She suggested that I only had to do the texts and offered to do the images. Lap also joined in and offered to do animations and redesign. I was so happy that I finally got assistance. Even more of a miracle, the work they did was so much better than what I had envisioned. As a result, we finished in 15 minutes. Thanks to teamwork, I wasn’t sleep-deprived the next day and our scores were top of class.

Speaking of friends, I remembered being a 200% wimp when I was in sixth grade. Our class was playing with Mentos and Coke. A big mess was made and we got into trouble. When the supervisor was chiding us, I blurted out that I didn’t do it and blamed my classmates. Now I understand that it was a coward move and being irresponsibile. That event taught me that everyone should have an honor code, and I promised to myself to follow that code for the rest of my life.

I stood in the schoolyard for a while. The cloud that covered the sun went away. It was sunny and hot again. The sunlight gave me a strange feeling. It was hard to describe, but this wasn’t the first time I had it. I had the same feeling when I was looking at the endless rice fields on my way to Can Tho. I had the same feeling when my biology teacher in 8th grade was starting a new lesson. I had the same feeling when I was standing in Da Lat’s City Garden, with my friends’ chattering nearby. I had the same feeling when I heard the announcement of the new VAS Eloquence Champion. However, only then that I realized that those feelings were not only emotions, but also the experiences that made me who I am today. 7 years ago, I wondered where I would be when I graduated secondary, and here I am, basking in the sunlight on the last day of year 9, feeling all the experiences coming back to me. I might have been cocky, but I was proud. Proud of myself, as a person who was all grown-up. Proud to be in class 9.1, a wonderful mix of rebellion and friendship. Proud to be a son of Mom and Dad, who had sacrificed so much for me to have a great life. Proud to be from the south of Vietnam, to have seen the rice fields and the skyscrapers. Proud to be Vietnamese