In November 2017, the Vietnam Australia International School (VAS) officially started the construction of 2 new campuses Sala Mega Campus in District 2 and Riverside Mega Campus in District 7. Located in large scale residential areas, they are multi-level schools from kindergarten to high school with a capacity of nearly 2,000 students/campus. The 2 campuses are expected to be operational from the school year 2018-2019 to meet the increasing demand of studying in VAS of the parents and students in HCMC.

Sala and Riverside Mega Campus are the first projects in VAS's expansion strategy after being invested by TPG - the world's leading financial institution in early 2017, bringing the number of VAS campuses to 9 in the main districts of the city. 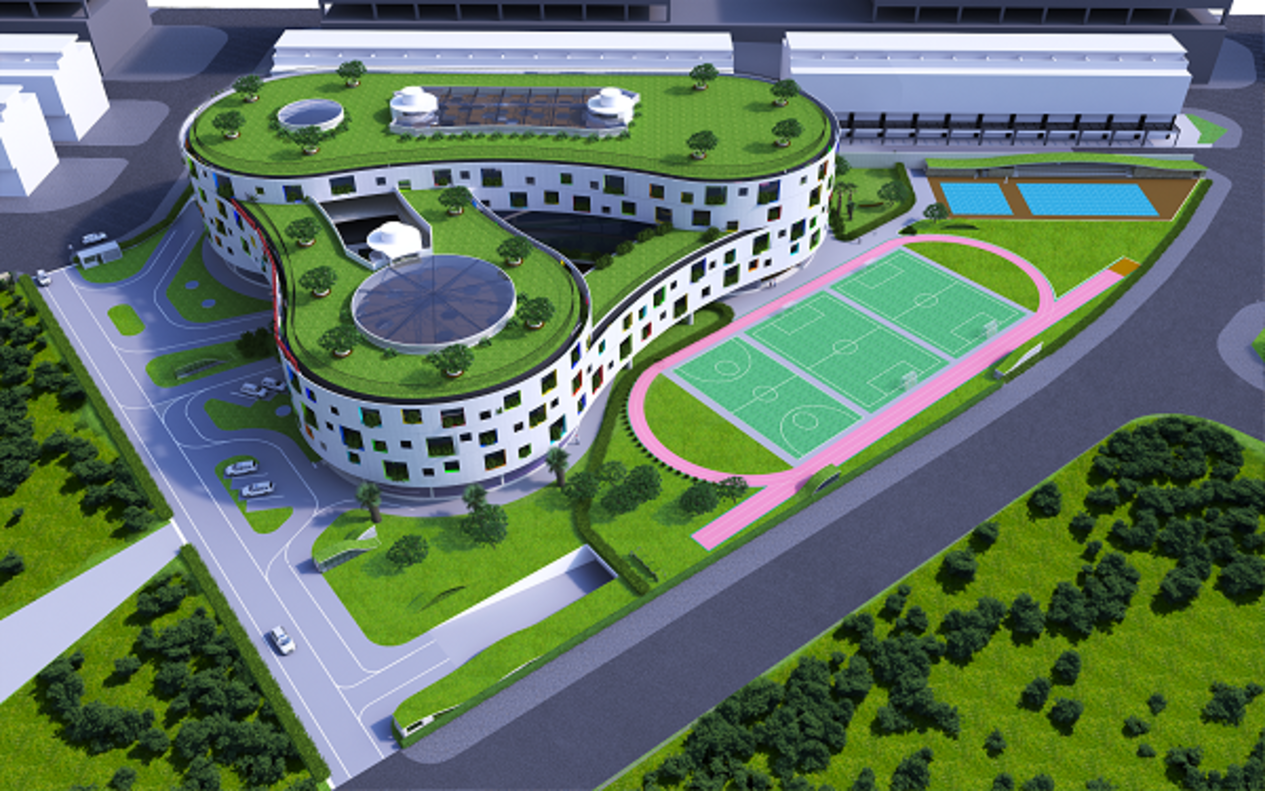 Sala Mega Campus has more than 7,000 m2 of land for greenery, playground and swimming pool

Since the success of Garden Hills Mega Campus in Go Vap in the school year 2016-2017 (with the capacity of 1300/2000 students after a year), VAS is the pioneer in bringing “green architecture” trend into construction and developing other new campuses. At Sala and Riverside campuses, VAS focuses on interior investment and advanced facilities to provide the students and teachers with a comfortable, modern, and friendly teaching and learning environment. In addition, VAS spends a large part of campus space on “green” outdoor space that help students relax, exercise and develop physically. 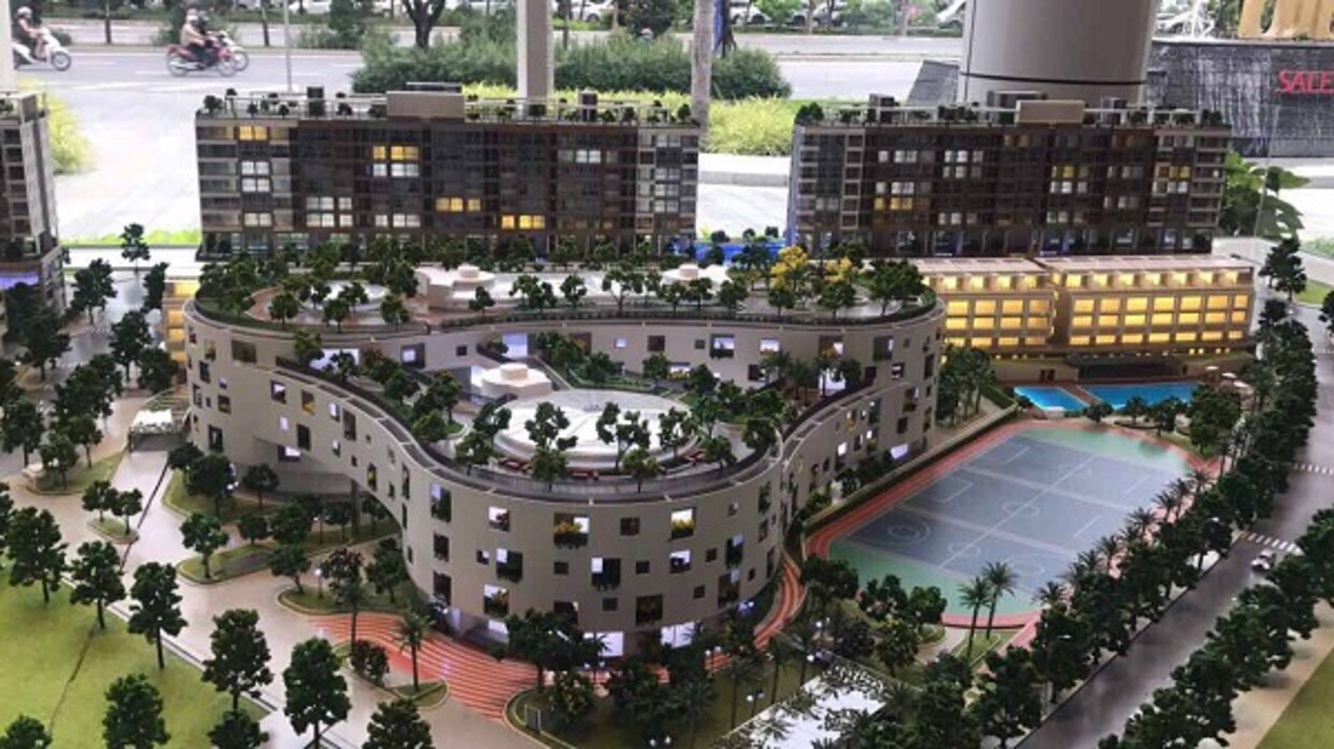 Sala Mega Campus is located in Thu Thiem new residential area in District 2, bordering with the center of District 1. With an area of nearly 20,000m2, in which construction density only accounts for 30%, Sala Mega Campus has more than 7,000 m2 of land for greenery, playground and swimming pool. The project consists of 5 levels with 91 classrooms which are arranged logically, along with the system of trees throughout the school. This is the second project of VAS by famous architect Nguyen Dinh Gioi, Nha Dan Design Construction Company Limited, designing interior and architecture. This is also the first campus to apply a 5-star luxury design. 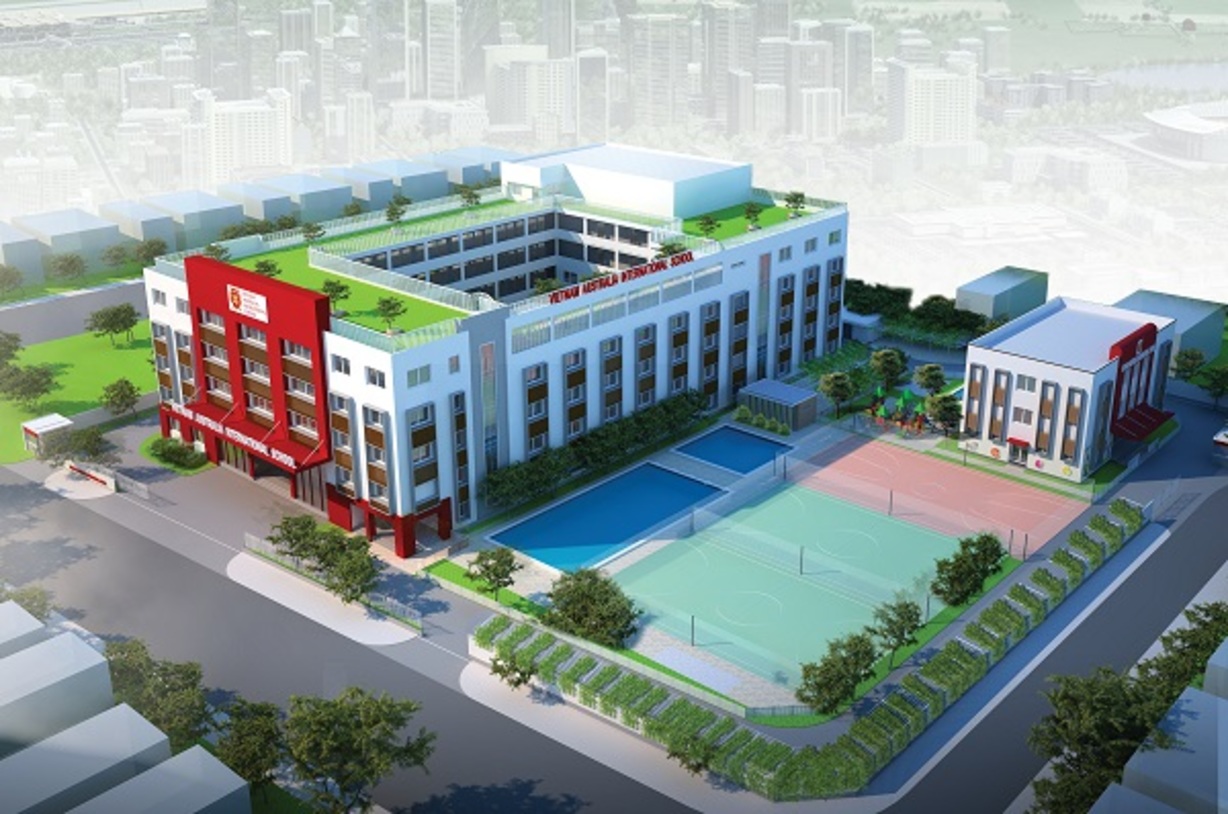 The investment of the new Sala and Riverside Mega Campus campuses is to meet the needs of more and more students studying the Cambridge International Programme along with the National Programme at a quality institution in District 7, District 2 and Southeast Saigon.